THE HISTORY OF TEPPANYAKI

What does teppanyaki mean? It means, quite literally, broiled on a steel grill, which is the definition of Japanese teppanyaki-style cooking in its most simple form. However exactly when teppanyaki-style first came into use is a bit more complicated.

Some believe the tradition began over 200 years ago when families would prepare food together on small hibachi grills. Others believe it began in the early 1900’s with teppanyaki chefs introducing the style, along with their intricate knife skills, to diners.

Regardless of which story is true, teppanyaki has evolved greatly over the last hundred years, moving from food that was simply “broiled on a steel grill” to something of an art form. An art form Benihana restaurants first introduced to America in 1964. 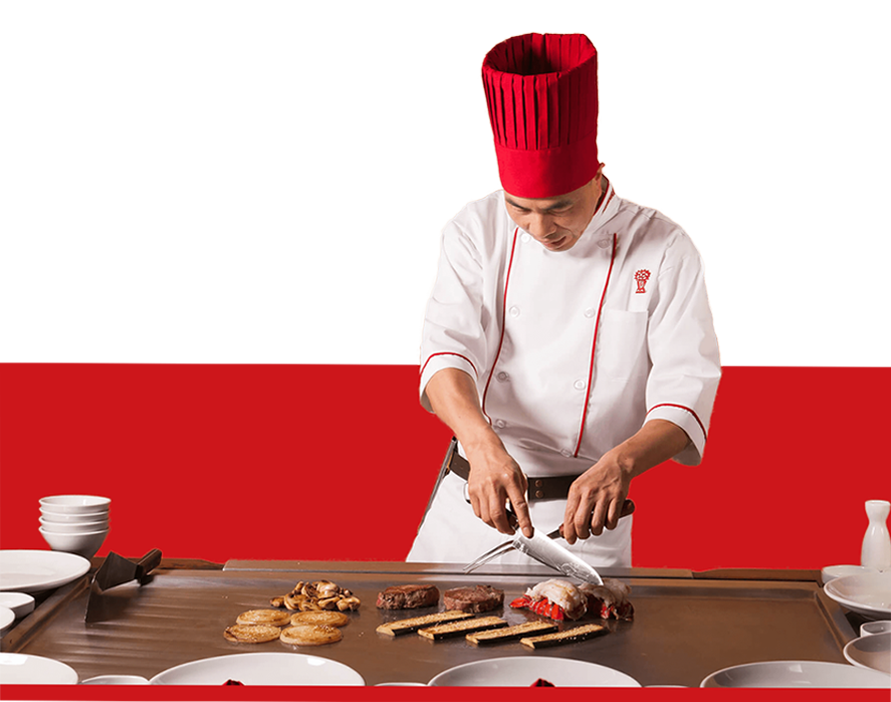 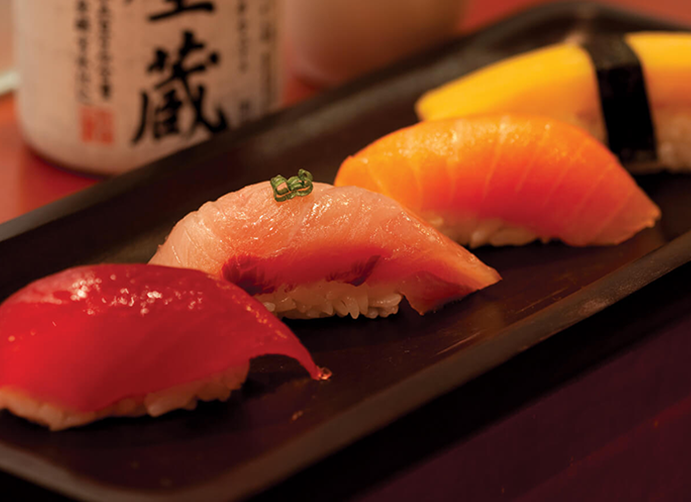 When most people think of sushi, the first thing they think of is raw fish. However, sushi actually gets its name from the seasoned rice that accompanies the fish. So many types of sushi are made with cooked ingredients, like barbecued eel (unagi) or Japanese omelets (tamagoyak). Sashimi, on the other hand, is always made with fresh, raw meat and fish, elegantly sliced and served with a variety of colorful garnishes. At Benihana restaurants, sushi and sashimi, in addition to teppanyaki selections, are always on the menu.

Popular types of sushi include:

Nigiri sushi is the most popular form of sushi, where various ingredients are placed on top of a bite-sized base of rice.

Maki-zushi or Norimakisushi is rolled sushi. Made by rolling fish, vegetables and rice into a sheet of dried nori, using a bamboo mat, then cutting it into bite-sized pieces.

Te-maki sushi is “hand roll” style sushi. Made by rolling rice and other ingredients with nori to form a cone shape that’s easy to pick up and eat with your hands.

Gunkan-maki sushi is sushi where nori is wrapped around rice to create a shallow dish, then filled with seafood like sea urchin or salmon roe. Hako-zushi sushi is sushi pressed in a box, then cut into bite-sized pieces.

Nare-zushi sushi is traditional fermented sushi, where the fish is fermented over a period of days. 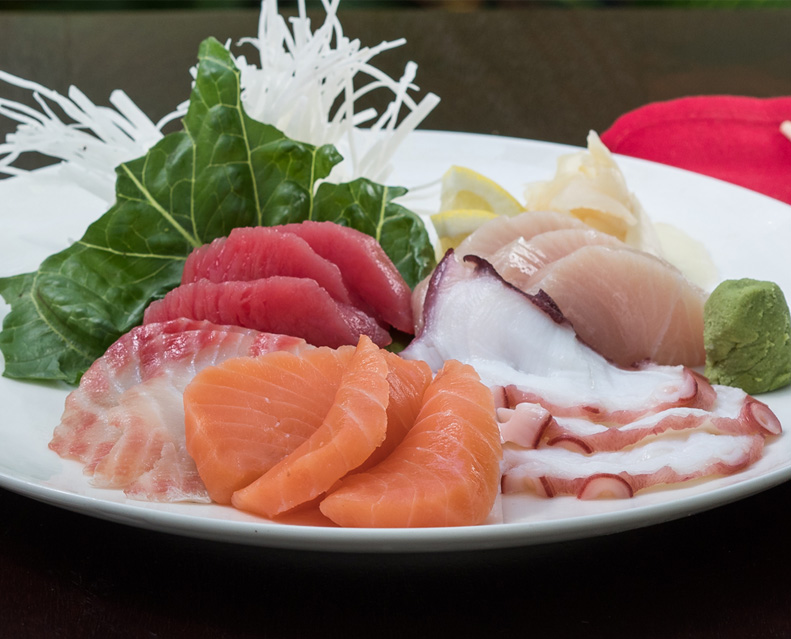 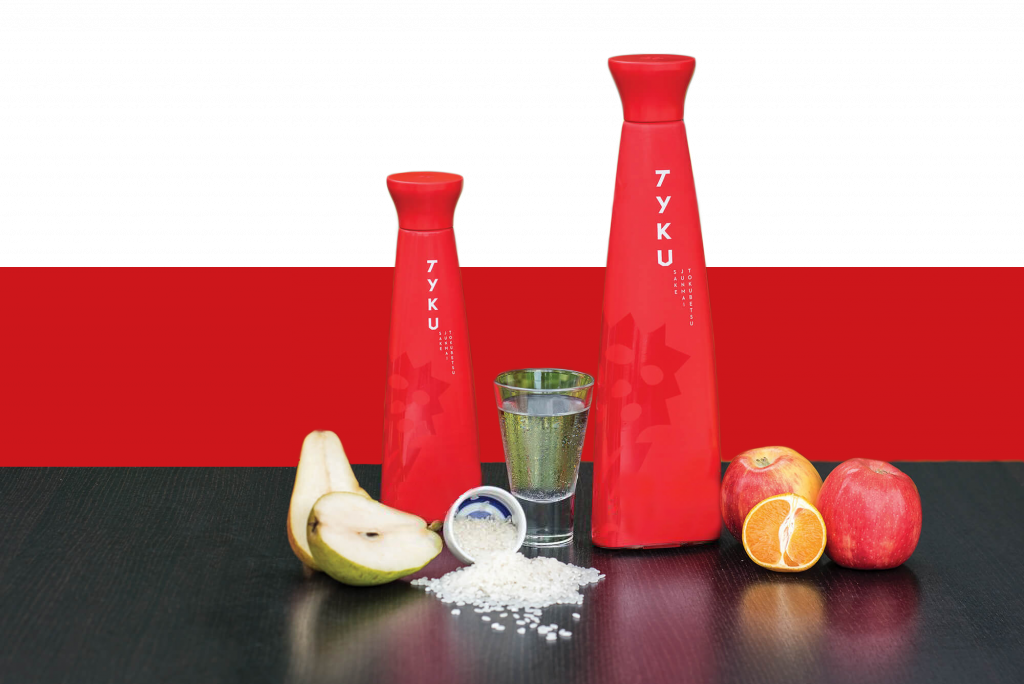 THE HISTORY OF SUSHI

The history of sushi is a tradition that goes back over 1,000 years. Originally developed as a way to preserve fish, it’s evolved from a convenient necessity to a subtle art form.

The first sushi involved pressing raw fish between a mixture of rice and salt. This pickling process took about two months, and afterward the rice was simply thrown out. It wasn’t until the 15th century that rice became an integral part of the dish because it was just too valuable to waste.

But sushi as we know it today didn’t truly arrive until 1824, when Yohei Hanaya started selling raw slices of seafood on beds of rice in his Edo food stall. The trend caught on, and soon stalls all over Edo (which would eventually become Tokyo) were selling sushi.

It was only after World War II that the modern sushi boom hit a snag. Banned by the Allies due to sanitary concerns, the stalls started to disappear, eventually giving way to the counter-style sushi and sashimi restaurants we see today.

Sake is often referred to as rice wine. Although, it’s technically not a wine at all because it’s not made from grapes. It actually has more in common with beer, which is also brewed from fermented grains. Most sake is clear in color and contains about 16% alcohol. Also like both beer and wine, it can have very unique flavor profiles depending on the ingredients and the brewing process. 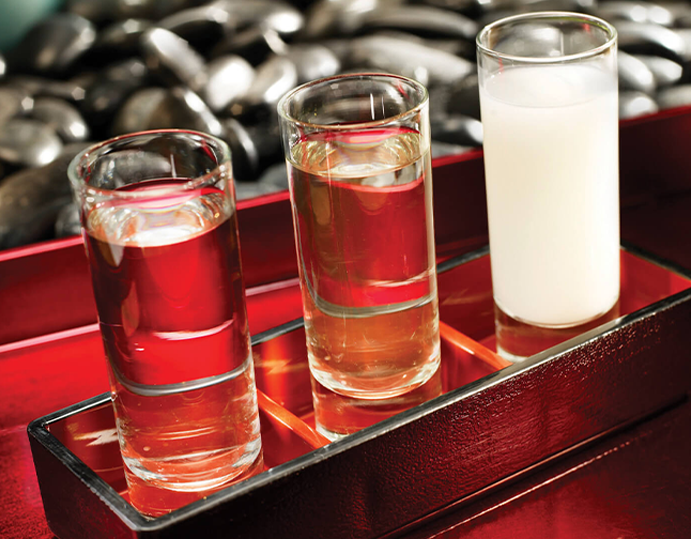 Benihana restaurants have a wide variety of sake to choose from. Popular types of sake include:

Ginjo-shu sake is a special-brew sake with a delicate, light-bodied flavor. Typically served chilled or at room temperature.

Daiginjo-shu sake is a specially fragrant, very special-brew sake with a range of flavors from dry to sweet.

Nigori-sake is a cloudy sake with a creamy, sweet taste.

THE HISTORY OF SAKE

According to Shinto legend, sake comes from the gods themselves. It’s said that Susanoo, the god of sea and storm, used sake to subdue an eight-headed serpent terrorizing Izumo. The beast drank eight tubs full of sake before passing out and falling prey to Susanoo’s sword.

The more likely, and far less heroic, origin of sake dates back to the fourth century, when rice was chewed at religious festivals, then spit into containers to ferment. Thankfully, sake has evolved quite a bit since then.

More sophisticated brewing techniques arrived from China in the seventh century, allowing sake to be refined into a clear liquid. And, thus, greatly increased the drink’s popularity.

During the Meiji period (1868-1912), further advances in the brewing process made it possible to mass produce sake for the first time. And today, there are over 10,000 sake brands on the market.